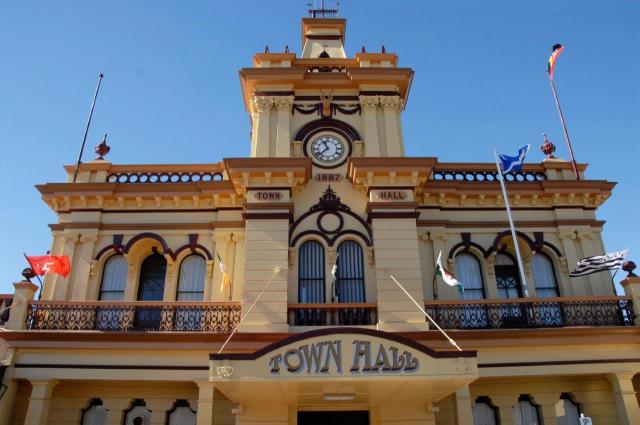 Glen Innes Town Hall: Construction began in 1887, with George Nott responsible for the brickwork.This, the fifteenth in my series on New England's built landscape and architecture, is the third of four columns on the remarkable life of builder George Nott.

Previous post: Building a place in history - the remarkable story of builder and philanthropist George F Nott Part 2
Next post.

As a regional historian, I am constantly frustrated by the lack of previous work on Northern history.

This is not a criticism of my colleagues. I stand in awe of the energy of historians such as Lionel Gilbert, John Ferry, Bruce Mitchell, Graham Wilson, Jillian Oppenheimer or to name just a few. Without them, we would all be the poorer. I rely on their work all the time.

Writing on the history of Northern New South Wales, the broader , over the last 40,000 years has made me a bower bird historian. I do not have the time to research every town or every topic. Instead, I rely on the work of others, pecking around in the dirt to collect glittering pieces to bring back to my nest so that I can gather them in new displays.

Every so often, more often than I like, I run across a gap that frustrates me. Builder, industrialist and philanthropist George F Nott is a case in point. He cries out for a biography and, so far at least, I have not been able to find one.

We  know that he was born on the Breeza Plains in 1865. We know that his father came to Inverell where he worked as a brick maker and established a brickworks.

We know from Glen Innes historian Eve Chappell that George was responsible for the brickwork on the where construction began in 1887. Eve notes that George later moved to Armidale, but does not give a date.

We know that by 1901, George had taken over the Inverell brick works from his father and had begun to expand it. By then, he seems to have been living in Armidale and had built a significant business empire. 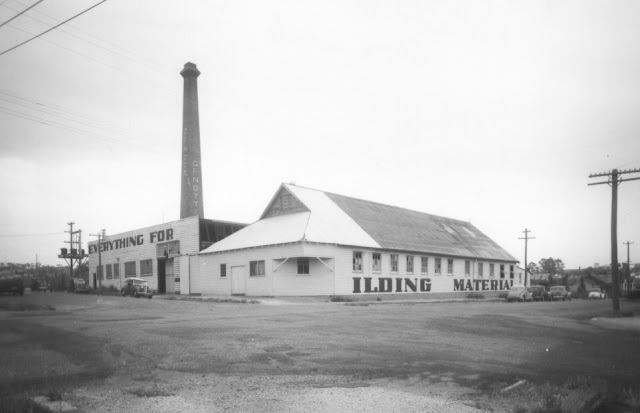 Part of the business empire: George Nott's mill and joinery, 1949, with the tower that became a central Armidale landmark.

I say a significant empire. In 1898, George had sufficient money to spend £1000 erecting a sawmill in his central Armidale joinery works.

In 1900, he extended this by adding an office and workshop. He also bought the Armidale brickworks from George Palmer for £4000, immediately extending it by adding a large chimney stack and three new kilns, each capable of taking 85,000 bricks.

The empire continued to grow, In 1905, plant was purchased from the Eleanora gold mine at Hillgrove, along with a 225hp boiler and woodworking machinery intended for door and sash making for the wholesale trade. In 1906, a new brick chimney was added to the timber works, a chimney that became an Armidale landmark. Then, in 1913, Nott took over Trim’s West End timber and joinery works including the hardwood mills.

If you add all this and the building work together, you have a large operation that provided a base for George Nott’s later contributions. My frustration is that we know just so little about the timing and process involved.