It’s an odd thing, really. I have spent more of my life outside Armidale than living in the city. Further, in inclination and writing, I think of myself as a New Englander rather than Armidale person. By New England, I mean not just the Tablelands, but the broader New State New England that formed part of the core of my early life.

And yet, despite all this, I keep coming back to Armidale, sometimes to live, more often to visit. Even now living in Sydney with so many of my family and the people I knew dead, receded into an often forgotten past, the links remain.

One of the advantages of leaving and coming back in the way I do is that you get a picture of the ever changing city, of the pattern of its life, in a way often concealed to those who live there or who rarely return. To the first, what’s relevant is Armidale as it is now. To the second, what’s relevant is Armidale of their particular past that now survives frozen in their minds, perfectly preserved.

I first met Michael Sharkey and his fellow Armidale poets when I returned to Armidale in 1981 to do some post graduate studies in history. I already knew writers such as Gwen Kelly, but they were generally older than me, more friends of my parents or of children I knew.

Michael and I shared certain common views. Like me, he believed that existing systems discriminated against Armidale and the North. My views were based on my history, politics and my experiences as a public servant. His views and those of others in the Armidale poets were based on their experiences as poets.

To Michael’s mind, the metro based intellectual elites (my wording) were biased in favour of their own. They controlled the funding, the book distribution systems, the main poetry reviews, the main small magazines. They went with what they knew. Those outside the system found it harder to be published, to get funding or recognition. Standards were only partially relevant, access was all.

The remarkable thing about Armidale and the broader New England is that so many of us fought back. In the case of the Armidale poets, they established their own small presses to bring each other’s work to a wider audience.

In 1975, a group of far flung University of New England external literature students led by Tony Bennett established the Kadoorair Poetry Society. In 1979, Tony and others joined to establish the Kardoorair Press as an outlet for the Society and for writers based on the Northern Tablelands or with an affiliation with the region. In that same year, Michael joined with Winifred Belmont to establish Fat Possum Press.

Tony, Michael and others including Julian Croft joined in the promotion of poetry. Apart from adding to the texture of Armidale life, the result was a poetic flowering that is part of the story of our city.

Posted by Jim Belshaw at 4:48 pm No comments:

Introducing the story of the New England Independents

In a post on my personal blog, Thank you Richard Torbay, I looked at the unfolding story of Richard Torbay's resignation and expressed my personal thanks to Richard on certain things.  There I referred to a Sydney Morning Herald Story that said in part:

Mr Torbay is known for assisting independents to run against Liberal and Nationals candidates.

The Lake Macquarie MP, Greg Piper, is close to Mr Torbay, but he is also understood to have assisted the former Dubbo MP, Dawn Fardell and Peter Draper, the former member for Tamworth.

Before the 2011 election Mr Torbay is believed to have aided the former Liberal mayor of Hornsby, Nick Berman, in his unsuccessful bid against Liberal Matt Kean.

Mr Tripodi was spotted having coffee with Mr Berman during the campaign.

My response was as follows:

Well, bloody hell, what a surprise and what does it mean? As I have written, the New England independents formed a different political movement. And yes, in this role they did support other independents in an organised way. That's not a secret. But it has absolutely nothing to do with the main theme of the story beyond adding to doubts about the wisdom of Richard's endorsement.

The story of the rise and fall of the New England independents would make a good book. Its not one that I can write. I don't have the time when I am struggling with other writing projects. The protagonists would not necessarily accept my description of them. But then I see their role in terms of the broad sweep of New England history that I am writing about.

Over the next week or so, I thought that I might bring up a few posts so that someone else might tell the story. I haven't spoken to the main protagonists about this, although I do know some of their campaign workers and certainly know the milieu from which they sprang.

So I am going to record a few jottings that might, imperfectly, give a base for someone else. It's a complicated story, for the rise of the independents was a NSW phenomenon. But only in New England did it become a political movement.

Early in February 1938, a young looking thirty year old lecturer in history and economics arrived to take up his appointment at the newly created New England University College. It would be some weeks before the 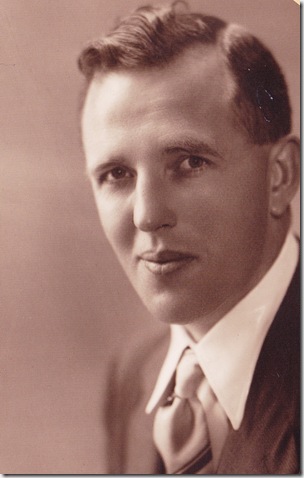 next academic staff member arrived. There were just two students enrolled; Jean Dyce, the Warden’s secretary, promptly tried to enrol him as the third and was disappointed to find that he was only a staff member.

The story had begun some six months before. On the journey back to New Zealand from England after completing his PhD at Manchester, the ship had called at Sydney. The young man left the ship to inquire about job prospects at the University and the banks. It was in the Economics Department at the Bank of New South Wales that he heard vague rumours about a proposed university college to be established in a remote part of the state. Those he talked to were not impressed.

Around December, the first five academic positions at the New England University College were advertised. Without much enthusiasm and with decided reservations, he decided to apply, beating thirty five other applicants for the position.

His reservations did not disappear with his arrival in Armidale, nor was his enthusiasm aroused. The town seemed small; it was dry, brown and dusty, a huge contrast to New Zealand’s green. It seemed to be asleep a great part of the time, or at least very drowsy.

Booloominbah, the home of the new College, was three miles from town along a narrow dirt track. Since none of the new lecturers had cars, it appeared very isolated even from Armidale. Further, work on building alterations was still underway. Everything was being done in a rush.

You can get a feel for this if you look at the chronology. Legislation to allow the formation of the new College passed Parliament in December 1937. Then all the machinery issues had to be addressed before building work could commence and academic staff be recruited. There was less than three months between the advertisement for academic staff and the start of lectures.

There were very particular reasons for this rush.

With that lesson in front of them, the University project was pushed hard and again wisely so. Had the opening been delayed even twelve months, the onset of war could well have closed the University College. As it was, it was to be a close fought battle with the Army who wanted the site for a convalescent battle.

And that young staff member? He stayed and became an active member of that close knit University College community forged through those early experiences.