I intend to update this blog over the next week or so. I make this point only because I will be bringing material up at the date it which it should have appeared, not the current date. This may lead to some strange feeds!

Posted by Jim Belshaw at 12:28 pm No comments: Links to this post

Even at the time, the 1925 Cohen Commission Report into new states was not as devastating as it seemed. Northern and, more broadly, country grievances had been documented. The NSW Treasury financial assumptions and analysis accepted by the Commission were open to severe challenge, although some of the analytical tools that would assist this such as the concept of the multiplier had yet to be developed. The Report’s biases themselves were clearly documented.

All this was recognised by the Melbourne Age in a remarkably sympathetic editorial. The unfavourable report should not come as a surprise, the paper suggested, nor was it a reason for slackening effort. “The commission represented the interests of one State or part of a State …… The case for new States is undeniably strong.”

Perhaps most importantly of all, the five years’ campaigning since Victor Thompson launched his newspaper campaign had created a genuine sense of Northern identity. This went some distance towards overcoming the very powerful local parochialisms that had, and still do, so poison efforts at broader Northern cooperation. Armidale would benefit greatly as a consequence.

Over the first half of 1926, David Drummond returned to the fight with a series of articles in Country Life on constitutional reform. These were published later in 1926 under the title Constitutional Changes in Australia.

The result could hardly be classified as literature: Drummond’s lack of formal education was still apparent in his sometimes clumsy construction, while the articles were repetitive and written in a popular style. However, they were a detailed statement of the separatist position that, with modifications, has held to the present day. 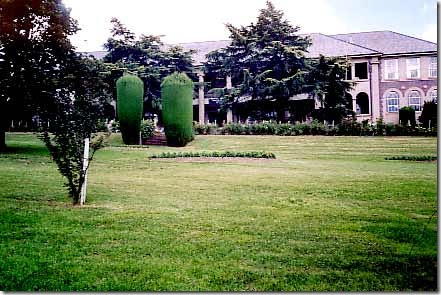 In parallel, Drummond along with other Northern leaders turned to what would later be called the functional approach to new states, the creation of the structures and institutions necessary to support Northern self government. In doing so, they were supported by the local press and drew on the links and loyalties created over the previous five years.

The elections of October 1927 saw the defeat of the first Lang Government and its replacement by a Nationalist- Country Party coalition. The Progressive Party had changed its name to better reflect its country base.

The Northern Country Party ministers including Drummond as Minister for Public Instruction came to office with a long to do list.

One of the immediate tangible results was the 1928 creation of the Armidale Teachers’ College (photo) as a first step towards the creation of a Northern university. Work also began on the construction of the Guyra-Dorrigo railway, pursuing another long-held Northern dream.

This Indian Summer would prove brief, swept away by the Great Depression. As it faded, the ground was being laid for the next and still more dramatic burst of new state agitation.

Posted by Jim Belshaw at 8:07 pm No comments: Links to this post

On the Resident Judge of Port Phillip, Janine Rizetti’s ‘Connecting’ at the masterclass provides a report on her attendance at a history master class at the University of Tasmania. It’s an interesting piece and I wish that I had been able to attend.

In some earlier posts (here, is an example) I mentioned the work that Allan Atkinson and Norma Townsend had done on family reconstruction, the painstaking recreation of local life through examination of families and the linkages  between them. This seems to be very similar in some ways to the network study approach discussed in Hobart, the examination of connections between people, although here the focus is on connections across space as compared to a narrowly defined local area. The connection comes from the examination of patterns and linkages.

Posted by Jim Belshaw at 3:26 pm No comments: Links to this post

Premier Sir George Fuller may have been forced to accept Drummond’s resolution calling for a Royal Commission into the creation of new states but, fundamentally opposed to the idea of breaking up NSW, Fuller had no intention of making things easy for the new state protagonists, 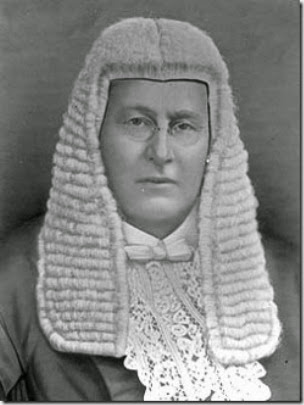 their state. Instead, the terms of reference announced in April 1924 required the new staters to pass three main tests: whether new states were practicable; if so, whether they were desirable; and whether the same ends could not be achieved another way.

These tests made the membership of the Commission vitally important, for unsympathetic appointees had three different if related grounds for rejection. The omens here were not encouraging.

Three of the five commissioners including Grafton born Justice Cohen (photo) as chair had deep connections with the Nationalist Party. Even more important was the appointment of W A Holman (photo) as counsel to assist the inquiry, supported by H S Nicholas. As Premier, Holman had clashed with the new staters while his political career had been effectively destroyed by those same Progressives who were now the chief protagonists of the new state cause.

The Northerners organised thoroughly for the task ahead. It was agreed that Thompson would organise the general evidence, while Page as Commonwealth Treasurer preparing the necessary financial data. Guidelines were prepared for witnesses, with local leagues provided on-ground support.

It was clear from the first hearings that the Movement was on trial as Holman used his considerable forensic skills to build the case against. The Commission became a duel between Thompson leading for the Movement and Holman.

Thompson believed that he was winning. This view was not shared by other members of the Northern leadership group. On 6 June 1924, an alarmed Alf Pollack wrote twice to Page stressing the need for expert cross-examination, arguing that Thompson could not provide it. 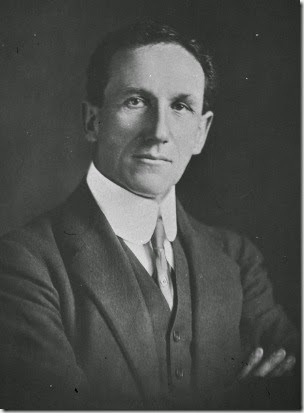 The hearings also provoked scattered opposition from local opponents of the self-government cause, opposition that was played up by the metropolitan media covering the Commission. But most important of all were debates over financial viability.

Page had argued that a Northern new state would have an annual surplus of 416,064 pounds. NSW Treasury representative Bertram Stevens argued that revenues would be25 per cent lower than Page’s projections, costs 40 per cent higher.

Recognising that this was potentially devastating. Page drew on the resources of his own Department. A Treasury official analysed Steven’s evidence, while the Department also collected comparative material on costs in other jurisdictions.

In the end, it was all in vain. The Commission accepted Holman’s arguments and the State Treasury estimates, ruling against the Movement on all counts. New states were neither desirable nor practical. Existing defects in the machinery of government should be remedied by a system of district councils with delegated powers.

Exhausted, the movements elsewhere in NSW collapsed, while even the stronger Northern Movement was reduced to a shadow of its former strength.

Posted by Jim Belshaw at 5:19 pm No comments: Links to this post

It will already be clear that the story of the North’s fight for self-government is long and complex. The 1920s are important in that long story because it was then that the arguments and issues that would dominate future debate were defined.

It is sad but true that the only new issue in present discussions on the future of the Australian Federation is the degree of fiscal imbalance created by the Commonwealth’s overwhelming financial power. Every other issue, everyone one of the solutions put forward, every argument for or against each solution, was fully canvassed in the 1920s and then repeated seriatim over coming decades.

I mention this because we are now coming in our story to the creation of the Cohen Royal Commission into New States. This was seen, correctly, as a considerable achievement. However, it was also one that would bring the new state movement to its knees.

On 5 October 1920 Labor Premier John Storey died, being replaced by James Dooley. Storey’s death left the Assembly evenly balanced. Sensing an opportunity, Nationalist Liberal leader George Fuller persuaded some of the Progressives to join him to create a Nationalist-Progressive Coalition to overthrow the Government. 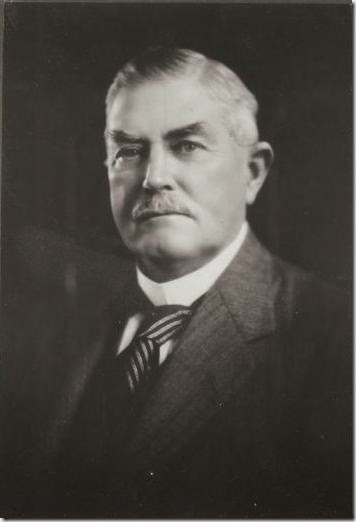 The elections of March 1922 saw the two wings of the Progressive Party pitted against each other. Following the elections, the Nationalist- Coalitionists became the largest party group, but did not have a majority. Fuller (photo) therefore formed a minority government.

The True Blues responded by making life miserable for the Government while campaigning on causes dear to their hearts, including new states. Matters came to a head in November 1923 when the Progressives combined with Labor, independent and dissident Coalitionists to defeat the Government during the Estimates debate.

Sir George Fuller had had enough. A deal was struck in which the Progressives agreed to provide general support to the Government in return for undertakings that included a Royal Commission into New States.

In December 1923, Drummond was able to move a successful motion in the Assembly calling for the creation of the Royal Commission. The Cohen Commission was born.

Posted by Jim Belshaw at 4:45 pm No comments: Links to this post