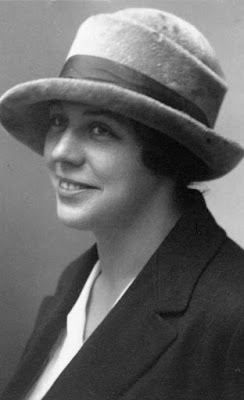 Russian beauty: Evgenia Shelepina. Tall, attractive and intelligent, Evgenia became the love of Arthur Ransome's life. This is the second in a series on the life of English children's writer Arthur Ransome and his Australian connection.

In May 1913, English writer Arthur Ransome left England for Russia. This began the second stage in his life, one marked by adventure, danger and romance set against the backdrop of the Russian Revolution. It reads like a spy novel and in some ways it was.

On that first trip, Ransome stayed in St Petersburg for three months travelling and learning conversational Russian. He returned to Russia on visits in 1914 and 1915 before becoming the Moscow based correspondent for the Daily News in November 1915, a post he held for four years.

The Russian Empire was in turmoil, drained by war. The Tsar’s attempts to reform failed because of indecision and internal conflict, and in November 1917 the Bolsheviks seized power.

Ransome sought an interview with Leon Trotsky, effectively the number two in the Bolshevik hierarchy. There he met Evgenia Shelepina, Trotsky’s personal secretary.

A committed Bolshevist, Evgenia was very tall, attractive and intelligent. Restless, unhappy in his personal life, Ransome was immediately attracted. A relationship developed that would last the rest of their lives.

Ransome’s knowledge of Russia and its language, his connections with Evgenia and other members of the new Government, informed both his writing and the reports he seems to have provided to British intelligence.

I don’t think that Ransome was ever a spy in the conventional sense, he was too erratic for that, too supportive of the Bolshevik side. However, his reports do seem to have been valuable.

In 1919, Ransome brought Evgenia out of Russia to Reval in Latvia where Ransome was now based. It was a dangerous escape, one that left Ransome with a serious gastric illness, a problem that was to plague him all his life.

Based first in Reval and then Riga, Ransome was now the Russian correspondent for the Manchester Guardian. He and Evgenia wanted to marry, but that required a divorce from Ivy.

After increasingly bitter negotiations, Ransome and Ivy were finally divorced. On 8 May 1924, Arthur and Evgenia married at the British consulate in Reval.

In February 1925, Arthur and Evgenia returned to England, setting up home in the Lakes District. Ransome loved this area and it was convenient to the offices of the Manchester Guardian, still a major outlet for Ransome’s writing.