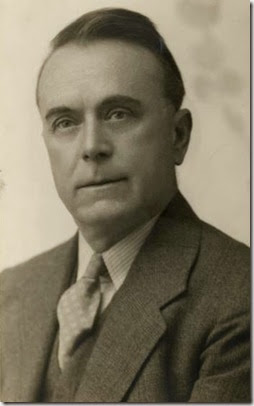 server re-launches the campaign for self-government for the North with an editorial on country neglect. Over the next eleven issues he published a series of articles calling for the establishment of a new state in Northern NSW.

Born in Sydney in 1895, Thompson (first photo) had entered country journalism at eighteen and soon accepted country values and aspirations. Appointed to the Observer as senior reporter in 1911, he quickly became a campaigning editor. In doing so, he would transform the paper from a local paper to the Northern Daily Leader, the leading paper of the Tablelands and North West.

Thompson’s new campaign fell on fertile ground. While the separatist agitation of the 1880s had subsided, the idea of self-government for the North as a way of solving local problems had taken root.

At Grafton in 1915, public anger over the withdrawal of the steam ferry Helen from Clarence quickly turned into calls for a new state. The leader here was Dr Earle Page, then mayor of South Grafton.

Born at Grafton in 1880, Page was a clever mercurial man who would have a significant impact on Australian history. A shrewd business man committed to Northern development, Page was also a born agitator able to stir emotion and gather popular support.

Within a few months, the newly formed Northern New South Wales Separation League had grown to twenty two branches along the North Coast. Then it died down because of the war. However, during the agitation Thompson had promised Page that he would take up the cause as soon as the war had ended.

Page returned to Grafton in 1917 and resumed campaigning for separation and country development. In October 1918, a conference attended by coastal delegates from Kempsey to the Queensland border formed the North Coast Development League. 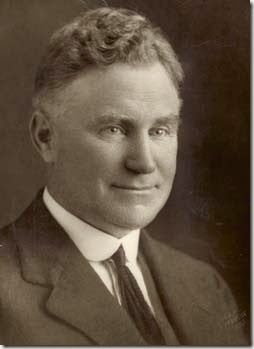 In April 1919, Page took his campaign inland, leading to the formation of a sister North-West Development League at Inverell.

One of the 300 people who packed the hot Inverell picture theatre to listen to Page pour out facts and figures over two and a half hours was a twenty nine year old share farmer named David Drummond. The younger Drummond absorbed the message. Page would become his life-long friend and mentor. The links that would shape Northern history in the first part of the twentieth century were forming.

While the new state cause was rising, a second political movement was emerging. Driven by concerns about country neglect, farmers had begun to discuss the formation of a new political party, leading to the formation of the Progressive, later Country Party.

The Northern people such as Drummond or Mick Bruxner who became involved with the new party were largely political clean skins. Lacking connections to the established political order, they identified with the new state cause. It became a natural part of their political platform.