Welcome to the 156th edition of blogging's The History Carnival. I have has a significant computer crash, losing emails. If I miss anybody, please accept my apologies.

Drusilla Modjeska begins her book Stravinsky’s Lunch, a biography of Australian painters Stella Bowen and Grace Cossington Smith, with a story about Russian composer Igor Stravinsky. It appears that Stravinsky required total order and quiet when working, and it was his wife’s business to deliver this.

I mention this as an introduction to the first post in June’s History Carnival, Cath Feeley’s rather nice short piece on Misplaced Habits, Where are the women? Rewriting the history of Marx’s Capital. Floored by a question in her mock viva discussing her thesis on the British publication and reception of Karl Marx’s Capital about the absence of women in the story, Cath later investigated and found out that there were indeed women involved with the production of the book. It might well not have come out without them. I leave it to you to read the story.

Frog In A Well’s Alan Baumler’s Visual Digital History looks at the rise of internet recording including the digital archive and the implications for our craft. I was especially interested in the photos because of their Chinese content, interesting because I am interested in China, although it’s outside my primary field.

I think that we all wrestle a little with this one, the rise of the internet. It is just so convenient, but it does influence selection. For those of us who want people to be able to follow up our sources or who want to find things again, the constant loss of links and the shifting patterns of ever changing search algorithms also makes life hard.

In another post linked to history method, Dr Lucy Noakes MASS OBSERVATION AND THE CENTENARY OF THE FIRST WORLD WAR looks at current UK perceptions of the of the First World War. In a way, this is not history at all, these are current views, but the post links to history at several different levels.

If you know what views are at point in time, then you can ask how those views evolved. Some of the most valuable modern historical sources are anthropological and sociological studies of culture, attitudes and social structures. Then the post provides a perspective on the history and work of the Mass Observation organisation. I must admit to not having heard of it. However, its research carried out for other purposes now provides a valuable historical source.


Architecture is part of physical and visual history, something that stands in the landscape that we can see.  Influenced by the availability of local materials, its also reflects the ideas and character of particular periods. Adrian Yekkes' Picture Post 54 - Stanhill Flats, Melbourne provides a fairly spectacular example of the Australian Art Deco style.

While I always had an interest, I became really interested in Canadian history on a visit  a few years ago when I bought some histories and started reading.  To an Australian, there are obvious connections because of the two countries shared history and connection. However, excluding the Aboriginal people, Canadian history is both longer and more complex.

I was reminded of this by Anya Zilberstein's piece, Jamaican Maroons in Nova Scotia: The politics of climate and race. Canada's Caribbean connection continues to this day. 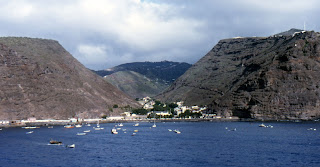 On Friday 20 May,the remote Atlantic British Island of St Helena celebrated both  her new airport and her 514th discovery anniversary.

St Helena's long history includes her role as a British East India company base, although is the Island is best known now as Napoleon's place of exile. In a post, Napoléon à Sainte-Hélène: La conquête de la mémoire (6 April to 24 July 2016), on  Reflections on A Journey to St Helena, John Tyrrell reports on a joint exhibition by St Helena and the French Government on Napoleon's exile there.

John Hawks Weblog remains a good source on paleoanthropology, genetics and evolution. His Neandertal stone circles at Bruniquel Cave discuses the problems involved in using archaeological evidence to evaluate the past, especially the distant past. 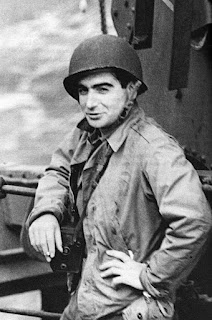 Helen Webberley, a former host of the Carnival, has a nice eye for a good story, Her Robert Capa - Hungarian-American-world citizen photojournalist is a case in point. Perhaps he should have married Ingrid Bergman after all. She was clearly very keen and it might have kept him at home and alive! But then, perhaps not. He was a wanderer.

Mike Dash's Sorcerers and soulstealers: hair-cutting panics in old China traces the story of an outbreak of superstition in late Imperial China, setting it against the backdrop of Imperial power and structures. It's an interesting read.

At Musings, George Campbell Gosling wonders Am I a Contemporary Historian? I note that he is referring to his subject area, the history of medicine and charity in modern Britain, rather than his position in our craft. What is the dividing line between modern and contemporary history and does it matter anyway!

A remark by Vice-Chancellor of Queen’s University Belfast VC Patrick Johnston - Society doesn't need a 21-year-old who is a sixth century historian. - really got up the nose of Charles West. His Sorry, Vice-Chancellor. We need more historians of the sixth century was quite a stinging response. You will see where my sympathies lie!

That's all folks. The next edition of  the History Carnival will be at the many headed monster on 1 July. Usual nomination form.
Posted by Jim Belshaw at 9:00 pm

Mass Observation is a clever concept; thanks for the reference Jim.

The words cited – death, blood, mud, futility, young men, uniforms, nurse, bandages, gas, trenches, war poets etc would be the same list that we all would prepare. So the cultural memory of the 1914 war remains powerfully evocative for all of us, regardless of our gender and age. And regardless of how long ago the war ended.