Last year I came back to Armidale to deliver a paper on social change in the broader New England over the second half of the twentieth century. While in town I did as I always do, I went book shopping.

As a writer and commentator on New England history and issues, I need access to books and records, many now out of print and hard to find. For that reason, I buy what I can when I can. I also buy for the sheer joy of it, for we have had some wonderful writers.

On this trip, I struck real gold in the form of Maslyn William's His Mother's Country (Melbourne University Press, Carlton, 1988). I knew of Williams as an award winning Australian writer and documentary film maker, but had no idea of his New England connection.

Williams was born in England in 1911. After his parents’ death, an uncle sent him out to Australia to work as a jackaroo on a large station near Tenterfield. There he fell in love with Australia. His Mother’s Country explains why. Written in the third person (he calls himself the lad throughout), the book describes Williams’ experiences in 1920s New England, the lives and personalities of numerous individuals he encountered, and the distinctive identity of the landscape that ultimately claimed his loyalty.

It really is a wonderful book. It justly won the FAW Christina Stead Award in 1988 and then in the following year the Douglas Stewart Prize in the State literary awards.

Maslyn is not the only writer who describes childhood or early life in New England. Another is Judith Wright, a third Judith Wallace. Their writing traces the texture of a changing world in Armidale and beyond.

Last weekend, I was back in Armidale for a reunion of the TAS Leaving Certificate class of 1962. Those attending had come from all across Australia, from Hong Kong, Canada and the United States. 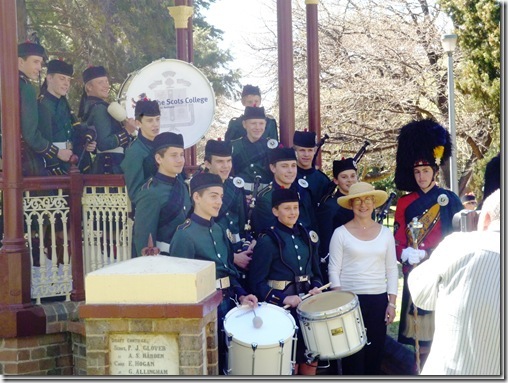 As I waited to go to TAS, the sound of bagpipe music from nearby Central Park drifted across the motel balcony where I was sitting. Distracted, I packed away my notes and walked to the park to listen. It was PLC’s 125th anniversary celebrations, and the Scots College band was playing. I met the Headmistress and explained that my brother and I used to line up with the girls for our bread and jam, This was in the old school before the move to the top of the hill.

Later at TAS, we yarned about our shared history, about the changes that had taken place, about the things that we had done. For most of us, to come from Armidale or to come here for school or university is to leave the place. I have been lucky, for I have been able to come back on visits, then to live here again, and now once more to visit. For all of us, the links remain.

In coming columns, I would like to share with you some of those links through the wonderful history that we have in common: from spies to classical Greek plays; from the very local to the regional and beyond; from fly paper to chip heaters; from food to furniture; from our ancient Pleistocene past to the present.

Next week, I will give you a story of warfare beyond the frontier of written history, of a time before Captain Cook. It’s an exciting tale that I think that you will enjoy.