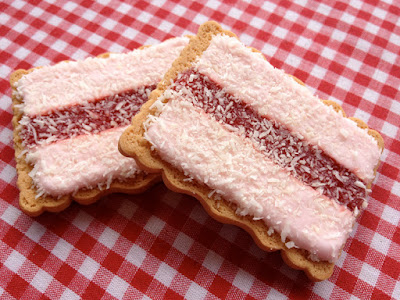 CLASSIC: In his column, Jim Belshaw discusses the history of food in Australia and details why we have a man called William Arnott to thank for our Iced Vovo.

This column returns to something I talked about earlier this year, the history of food in .

There is truth in these complaints, although I have argued that there was far more variety than people realised. I have also attacked the idea that our food somehow became more varied following the migrant intake after the Second World War.

At one level it did, but what we now see as variety is actually far less varied than the food we ate at points in ’s past. Current cuisine is also homogenized and packaged through magazines and cooking shows that present a standardized cross-country view that focuses on novelty.

Like lemmings, we are meant to rush off and do the latest thing together! Fashion rules, leading to food fashion cycles. You can see this clearly in the changing restaurant mix. In one day, out the next.

The role played by cooking shows and by the chain stores in imposing culinary uniformity is the latest manifestation of a long trend dating back to the industrial revolution.

The industrial revolution gave us faster transport, trains and ships, along with refrigeration and other new food preserving techniques. It also gave us an increased range of food additives designed to enhance appearance and taste.

These new developments hit suddenly. The rapidly spreading railway network allowed food stuffs to be shipped more easily. Then from the 1870s, came the rapid spread to industrial food manufacturing and packaging.

These dates are important. Commissioner Macdonald established his headquarters in Armidale in 1839. The railway came to Armidale in 1883, just 44 years later. That was not a lot of time to build a unique local cuisine!

The new food businesses developed into major industrial empires. Scotsman William Arnott emigrated to in 1848. He prospered in Maitland as a baker and pastry cook, only to be wiped out in the great double Hunter floods of 1857.

In 1865, Arnott re-established himself in , achieving quick success especially with the supply of sweet and plain biscuits and ships' biscuits. His biscuits were sold to the growing number of ships in port and distributed to be sea and along the growing railway network. The Arnott’s biscuit empire had been born. .

Later, the Regan family and especially John Basil Regan (1903-1987) would build based Fielder’s into a national food empire. Basil Regan played a major role in the twentieth century development of Tamworth, contributing also to other Northern causes including decentralization and the growth of the .

I can recognise the benefits that the new food companies brought to consumers. However, I also can’t help wishing that the process had been just a little slower, a little less all-consuming. That would have given us a better chance to develop our own unique cuisine.