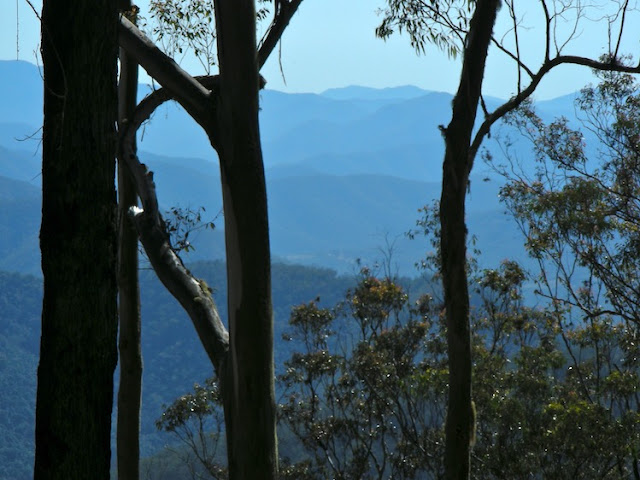 Migration: The evidence suggests that the ancestors of the Anaiwan might have settled the tablelands from the Macleay Valley via the Falls country 5000 plus years ago.This is the seventh in a series discussing the deciphering of the mysteries of New England's Anaiwan or Nganjaywana Aboriginal language.

As the Last Glacial Maximum (LGM) gripped the continent 21,000 years ago, the Aboriginal population was forced to adjust.

On the North Coast, the fall in sea levels destroyed the environment that had formed along the previous coastline. Today, we are used to thinking of the North Coast as a rich area in Aboriginal terms with its mix of sea, estuary, river and land resources. That may well not have been the case then.

The coastal shelf is often narrow and declines quite sharply. The falling sea levels destroyed the previous coastal environment and may have created a rugged coast line with increasingly cold waters, narrower rivers and smaller estuaries, a far less attractive environment than would exist later.

The LGM began to ease around 15,000 years ago. Around this time, the North American ice sheets melted. Around 12,000 years ago, the Antarctic ice sheets began to shrink. The Holocene with its higher rainfall and warmer temperatures had begun.

The seas rose, reaching present levels around 6,000 years ago. The first effect of rising sea levels was to again destroy the immediate coastal environment. It took time for the spreading rivers to begin to create the rich estuarine environment we know today.

Archaeological dates begin to reappear: around 9,000 years in the Macleay Valley, 6,500 years at Seelands in the Clarence, 5,500 years at Graman on the Western Slopes. The oldest Tablelands date we have definitely associated with human settlement is around 4,300 years ago at Bendemeer. The Aboriginal society that the Europeans would find was forming.

Based on the date patterns as well as linguistic linkages, it presently appears that the Tablelands were resettled from the coast. Two streams were involved.

The first group came from the south through the Falls country from the new populations, the Dainggatti speakers, in the Macleay Valley. From there, they spread north.

As they spread, they coincided with settlers from the Northern Rivers and especially the Clarence/Nymboida river system, the Gumbaingirr speakers, who had followed the rivers upstream and effectively occupied significant parts of the Tablelands. Further north, there was Bandjalung expansion, but this appears to have been less pronounced.

The latter parts of the migration coincided with Gamilaraay expansion, creating an effective southern and western barrier. The end result was the very particular pattern of language distribution we see today, an elongated north-south pattern squeezed between east and west.

You might find this link to a major Ice Age Exhibition of interest Jim, even though it is Euro-focussed.
https://mobile.twitter.com/hashtag/IceAgeArt?src=hashtag_click
Buried in it is a reference to the Pilbara petroglyphs.
https://archaeologynewsnetwork.blogspot.co.uk/2013/04/west-australian-petroglyphs-may-be.html#G3PZjQQa0p4sxEek.97
Chris Stringer of the NHM runs a Twitter feed with a focus on human evolution you might also find interesting to dip into from time to time.
https://mobile.twitter.com/ChrisStringer65?ref_src=twsrc%5Egoogle%7Ctwcamp%5Eserp%7Ctwgr%5Eauthor
Once you have travelled the length of the Macleay catchment you can see how it might have served as a human refuge during changing environments. It has shelter, size, capacity and a variety of different environments to exploit.

Sorry for the delay John. I have been tied up in other writing.

I have followed Chris. The art question is interesting. That hedgehog is very attractive! My feeling is that we will find more - and I look forward to it.

I know the Macleay catchment. I think that you are right. A question during the week from James Austin: "I was wondering if u could point me in the direction of some further reading/articles about Aboriginal population movements in the northern rivers to tablelands areas." He liked my Anaiwan pieces, that's nice, but I couldn't help him because I just haven't consolidated what material there is and there are no secondary summaries. I'm getting a fair number of this type of question and my inability to answer properly is very frustrating!

Quote
my inability to answer properly is very frustrating
Isn't that the very joy of knowledge Jim, the more you understand the more you realise the scale of what you have yet to understand.
To answer James question would, I think, need comparative studies between the Macleay and Tablelands of known aboriginal sites, documentary evidence from early contact with Europeans and most importantly some knowledge of the stories and oral traditions of the aboriginal peoples themselves. That would require the conversations evident at Manjedbebe, that some of those with whom conversation would be useful are no longer there tells its own story.

Hi John. James' interests are further north. He lives near Seelands in the Clarence. I have also had a question from Matt who is of Ngarbal descent who wanted material on them. I have yet to respond, but I am struggling. There is a worse gap north of Armidale so far as info is concerned.

You are right, of course: the more you understand, the more you realise what you need still to understand. We do need those studies plus more from the Aboriginal peoples themselves. There is a real role here for family reconstructions.

What I have found is that people respond when you present them with pictures, stories, that they can agree with or challenge. So much to do!