I have begun a new series in my Armidale Express column on New England's built landscape and architecture. The opening sentences sentences in the first column, Architectural keys to the past, set  the theme.


The past lies all around us in the form of the built landscape. We see it, but then we don’t because it is so familiar to us. 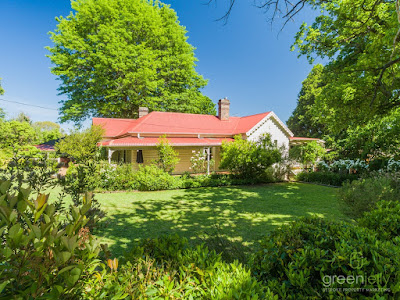 This is Woodleigh on the outskirts of Armidale. While modernised, it is a fairly typical country homestead of its period with its weatherboard construction, chimneys and verandah.

I found Woodleigh on the Domain real estate site. I had not actually realised to that point that the sale notices on Domain and rival site realestate.com.au are actually quite a valuable tool for historical research for those interested in the history of architecture and the built environment in general or in regard to particular locations.

Each house has photographs, a floor plan, a written description and a map. By looking at the map you can place the house and its type in a particular location. By scanning a number of house sale notices over time, .you build up a picture, a mental mud map, of the varying built landscape in an area. You also get a good idea of prices, although that may not be your primary aim.

You can also use the approach to select examples that illustrate particular architectural styles to be found in the area.

In investigating, you also find out new things that then provide a base for further research. 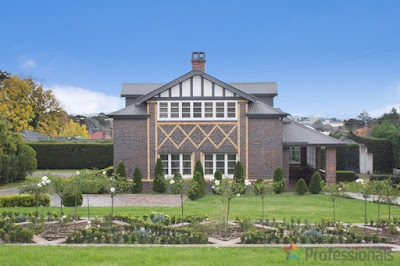 This is 148 Dangar Street just two blocks from the main street. It was constructed in the 1890s from Armidale blue brick

I know this house quite well because I used to walk past it all the time. It's a funny place, striking in its own way but somehow different.

While I knew the house from the outside, I did not know its history. I find from Domain that it was originally built as stables for James Miller’s Kapunda estate. This was described in 1891 as “one of the most complete private residences in town”, with the stables planned by James White described as “very comfortable quarters” for racehorses. The house was later refurbished as a four bedroom residence.

I don't know anything about James Miller or his Kapunda estate, so I have some further research to do at some point.

Hi JDB
V interesting article on Robb College and its architecture in the current National Trust mag. Interested? Let me know and I'll PDF it to you if you give me your email.
Hope all OK with you.
Jude

Hi Jude. All well here. Do please send it to me ndarala(at)optusnet(dot)com(dot)au