1931 was a remarkably complicated year. My focus is on the fight for self-government, but that fight was taking place against a backdrop of economic and political turmoil that would reshape the Australian political landscape.

By the end of June, the State’s financial position had deteriorated to the point where, even after non-payment of interest, public service salaries could not be met from mid July. In response, the Lang Government introduced emergency legislation increasing income taxes by between 60 and 75 per cent. 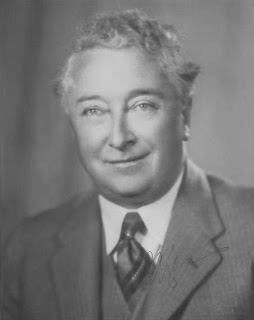 The defeat of this legislation forced NSW to go cap in hand to the Loan Council seeking financial support. The price was resumption of interest payments, together with Lang’s implementation of the Premiers Plan.

Under pressure, the Australian Labor Party splintered into Lang and anti-Lang factions, while Joseph Lyons (photo) led a group out of the Party to form a new party, the All for Australia League. In May 1931, the block merged with the Nationalist Party to form the United Australia Party (UAP) with as leader.

Hurt by internal dissent and facing a hostile Senate, the Scullin Labor Government became increasingly helpless. Late in 1931, the Lang supporters in the Federal Parliament combined with the UAP to defeat the Government and force an early election.

They had first to consolidate support for the separatist cause in the North. Secondly, they had to reach some measure of agreement with the other country movements as to organization, objectives and method or risk destruction by country in-fighting. Thirdly, the future relationship (if any) between the Country Party and country movements had to be defined. Finally, there was the continuing problem, how to push the separatist cause to a successful conclusion.

There is only space here to sketch key features. On 28 April at a first unity conference, the four new state movements agreed a common platform, although differences remained. This was followed by a second unity conference on 18 June that resolved remaining differences and created a central council. Then on 14 and 15 August complex and sometimes difficult negotiations saw the creation of a United Country Movement with the Country Party as its political wing.

In October, a unity meeting between all the main non-Labor forces led to the creation of a coalition agreement in which all parties including the United Australia Party adopted the Country Party platform including new states.

Action to achieve self-government for appeared within reach. It was not to be quite as easy as that.

If you want to follow the story of the Northern or New England self-government movement, this is the entry post for the series.