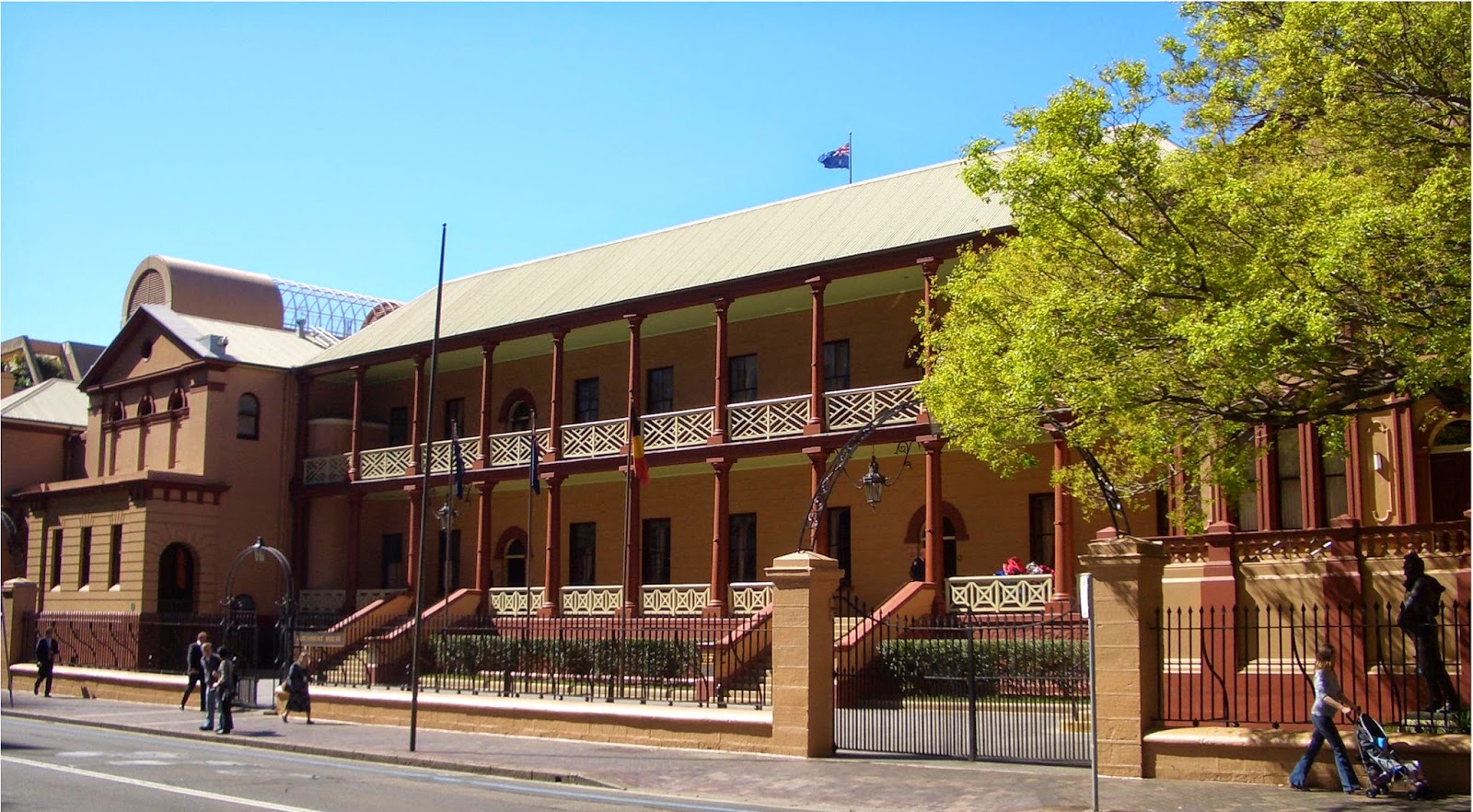 New Englanders know this place, the NSW Parliament, as their present parliament. It might not have been been, may not be in future.

The tumultuous early months of 1931 had seen the emergence of four self government movements – New England, Riverina, and Western. This implied a five state solution, with NSW reduced to , the and with still to be defined northern and southern boundaries.

The relative size and economic power of the five areas varied, but the structure did make basic sense in geographic terms. You can see this clearly if you map the various administrative boundaries used by over time to govern a large and disparate state. Boundaries vary, but they all generally link to this five-fold division.

The evolving structure may have made sense in geographic terms, but there were considerable differences between and as well as divisions within the various movements. This was especially true for the newly re-emerged Riverina and long established movements.

The provincial council idea was further extended by those who supported the abolition of the states and their replacement by provinces with delegated powers, a position adopted by the Federal Labor Party.

There had always been considerable support within the Riverina for the provincial councils’ model. Now in reaction to the Lang Plan, many representative argued that the only solution to the problem of a renegade state was the replacement of states by provinces.

The Northern position, carefully articulated by David Drummond in the aftermath of the Cohen Commission, was different. Provincial councils with delegated powers could not work, Drummond argued, because the central government would always override them as its political imperatives demanded. The only solution was to give the states (or provinces) their own powers.

In addition to differences on constitutional issues, the Riverina Movement was strongly influenced by anti-party, anti-political populist ideas that had flowered under the impact of Depression, leading it to adopt radical positions. These ideas were present within populism as well, but there they were tempered by and fitted within an articulated institutional and constitutional position

Personalities compounded the differences. Riverina leader Charles Hardy was younger, less experienced, brash. His offer to Page to campaign in ‘to stir up the people’ was greeted with indignation, compounding the personal tensions between Page, Bruxner and Hardy.

The political outlook seemed clouded in the extreme. It was left to David Drummond to find a way through the maze.

If you want to follow the story of the Northern or New England self-government movement, this is the entry post for the