History revisited - other regions join the fight for separation

The 28 February 1931 Armidale meeting had placed the Northern Separatist Movement on the radical path proposed by Earle Page. But another and more radical movement was emerging that would create opportunities and challenges for the Northern separatist cause.

The Council met with greatest success in the wool and wheat districts of the Central West and Riverina, areas hit hard by the grow more wheat campaign. In so doing, it prepared the way for a new Riverina Movement led by Charles Hardy, a Wagga Wagga timber merchant. 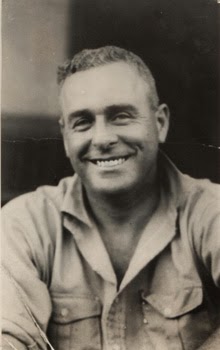 The thirty two year old Hardy had played a major role in Riverina activities, establishing a wide network of friends and contacts. A man of great personal charm with a magnetic personality, Hardy also proved to be talented agitator.

On 8 February 1931, a week before Page’s Glenreagh speech, thirty men from various parts of the Riverina including Hardy met in Wagga Wagga to consider what action might be taken in view of the deteriorating political and economic circumstances. They decided to adopt the Producers’ Advisory Council platform and to hold two mass protest meetings, one at Wagga on 28 February, a second at Narranderra on 7 March.

The next day NSW Premier Jack Lang announced the Lang Plan. As had happened in the North, this electrified the political situation. On 28 February, the day of the Armidale meeting, 10,000 people gathered on the banks of Murrumbidgee River near Wagga.

A second motion was then carried stating that if the Government did not accede to these wishes by 31 March, a referendum should be held on the question of Riverina secession. On 7 March, a 5,000 strong mass meeting at Narranderra carried similar motions.

Driven by Hardy, the new movement spread rapidly across the Riverina, with sister movements springing up in the West and Monaro. A new force had been born.