The story of builder and philanthropist George F Nott

As part of my series on the New England built environment and associated architecture, I devoted four posts to sketching out the life of New England builder, industrialist and philanthropist George Nott. 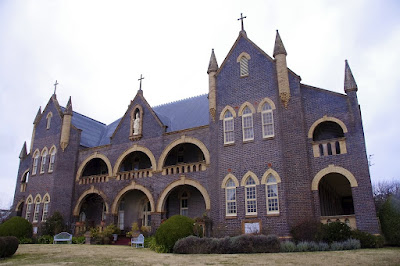 George Nott he was born on the Breeza Plains in 1865. He came to Inverell where his father worked as a brick maker and established a brickworks.

By 1901, George had taken over the Inverell brick works from his father and had begun to expand it. By then, he seems to have been living in Armidale where he built a significant business empire including building, saw-milling, joinery and brick making

George Nott died on 16 June 1940. Over his long career, he had built many of the iconic buildings in Armidale and Inverell. His donations of material and money played a critical role in bringing community projects to success including the New England University College.

You can find the full story in: